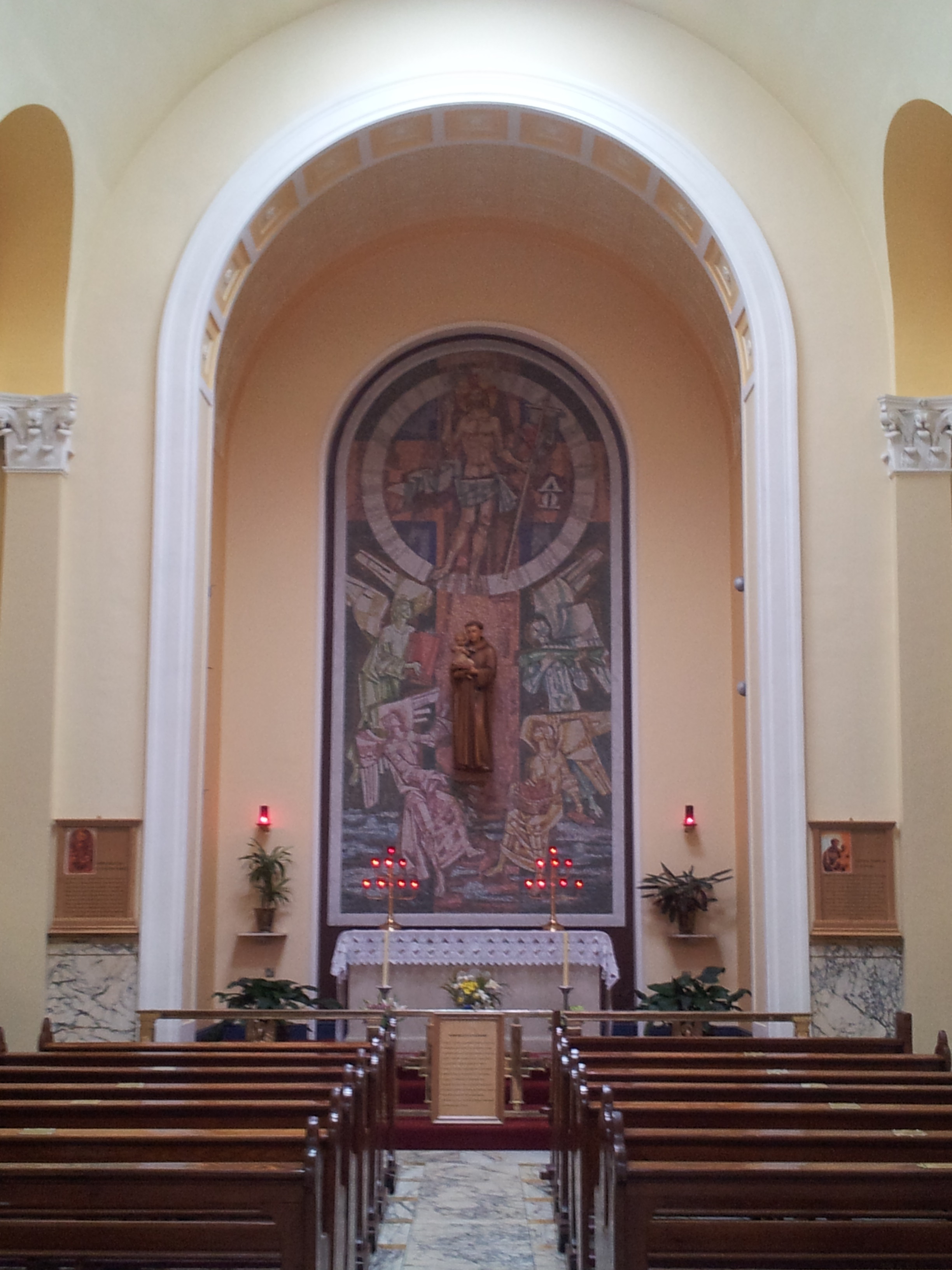 Born with the name Fernando St. Anthony of Padua was born in Lisbon in 1195. He became a Franciscan and received the name Anthony in the year 1220. He died on 13th June 1231 and was Canonized in 1232. He spent his formative years under the cultured guidance of the Canons of the cathedral where he lived. He entered the Augustinian monastery of St. Vincent outside Lisbon for two years however he became distracted by continuous visits from friends and so asked to be transferred elsewhere. At the age of seventeen he went to live in the monastery in Coimbra, then the capital of Portugal where he remained for eight years from 1212 to 1220. He completely dedicated himself to the study of human and theological sciences. Even at this early stage he began to show signs of his solitary nature. Fernando was ordained a priest in the monastery of Santa Cruz in Coimbra in 1220. He was then twenty-five years old. In the summer of 1220 Fernando requested and obtained permission to leave the Canons Regular of St. Augustine to embrace the Franciscan way of life. Among the Franciscans themselves and in the liturgy of his feast, St. Anthony is celebrated as a teacher and preacher. He was the first teacher in the Franciscan Order, given the special approval and blessing of St. Franciscan to instruct his brother Franciscans.

The Church declared Anthony a saint on May 30, 1232, less than a year after his death. Pope Gregory IX spoke of him as the “Ark of the Testament” and the “Repository of Holy Scripture”. This explains why St. Anthony is frequently pictured with a burning light or a book of Scriptures in his hands. It is in St. Anthony’s love of the word of God and his prayerful efforts to understand and apply it to the situations of everyday life that the Church especially wants us to imitate St. Anthony.

The National Shrine in honour of St. Anthony was built in 1912 with the reconstructed National Shrine opening in 1937. Following a fire in 1981 the Shrine was redecorated and re-opened by Archbishop Alibrandi, Papal Nuncio in 1983. In the Shrine there are thirteen votive lamps burning as a reminder of the devotion of the thirteen Tuesdays. The mosaic over the altar by G. Hajnal is based on the Risen Christ in glory. Four angels around the statue of St. Anthony carry symbols associated with him: bread for the poor, a fish as an ancient sign of the Eucharist, a gospel book reminding us that he is the Evangelic Doctor and the lilies that are blessed on his feast. The murals are the work of Muriel Brandt. They show the saint appearing to a Portuguese woman who was frequently threatened by the devil. On her way to drown herself she passed the friary church, realized that it was the feast of Saint Anthony, went to say a last prayer, fell into a trance and awoke to find a letter in her hand containing words of salvation. This is the origin of the devotion of St. Anthony’s Brief.